Ron Newhouse has 21 years of service as a Chaplain in the Navy Reserve. Additionally, he has a combat tour in Iraq with the Marine 9th Communications Battalion. He’s also completed active duty tours with the Marine Wounded Warrior Battalion West and two tours with Marine Forces Reserve. Currently, Ron’s Navy Reserve command is with the Force Headquarters Group at Marine Forces Reserve, New Orleans.

Ron is on The Long Walk Home team. He uses his experience to support our veterans and their families to make their transition from military to civilian life.

He grew up in Indiana and, after college, moved to Texas for graduate school where he has lived most of his adult life.

Ron enjoys hiking in parks and caves. He likes traveling, camping, trains, and Bed & Breakfasts with his wife Michele. Michele and Ron have stayed in a caboose and old train depot hotel!

“Only two defining forces have ever volunteered to die for you; Jesus Christ and the Armed Forces American. One died for your soul, the other for your Freedom” – author unknown. 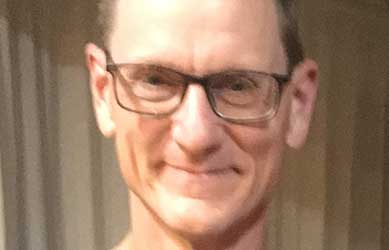 I have served for 21 years in the Navy Reserve as a Chaplain. I have a combat tour in Iraq with the Marine 9th Communications Battalion, and active duty tours with the Marine Wounded Warrior Battalion West and Marine Forces Reserve. I have been privileged to help hundreds of Marines, Sailors, and veterans with combat stress, marriage enrichment, resiliency training and suicide intervention training. My civilian work experience was in large churches as a Church Administrator. I am excited to be on The Long Walk Home team to use my Navy and civilian experience to support and help our veterans and their family members make their transition from military to civilian life.

I grew up in Indiana and, after college, moved to Texas for graduate school where I have lived most of my adult life. I currently serve on TLWH team and my Navy Reserve command is with the Force Headquarters Group at Marine Forces Reserve, New Orleans.

I enjoy hiking in city, state, national parks and caves. I like traveling, camping, trains, and staying in fun B&B’s with my wife Michele. We’ve stayed in a caboose and old train depot hotel!

“Only two defining forces have ever volunteered to die for you; Jesus Christ and the Armed Forces American. One died for your soul, the other for your Freedom” – author unknown.” 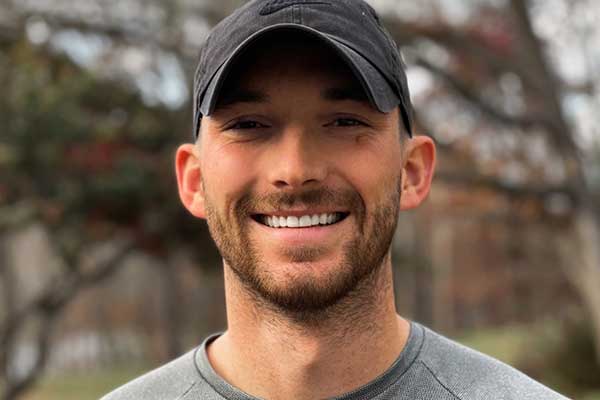 Sam served in the United States Army as a Combat Engineer with the 555th Engineer Brigade. After completing his active-duty service, he attended the University of South Carolina, Columbia, where he graduated with degrees in History and Criminal Justice and Criminology. After completing his degrees Sam moved to Charlotte, North Carolina where he became the Chief of Staff for a non-profit organization, The Independence Fund. With a thirst for adventure and a legacy in aviation, Sam decided becoming a pilot was his true calling. The excitement of traveling and meeting individuals from all walks of life solidified his passion and desire to take to the skies. The connections and experiences he has obtained from serving his country, giving back to his fellow veterans through non-profit and the joy of helping others has become a staple in his life and seeks to continue that pursuit. 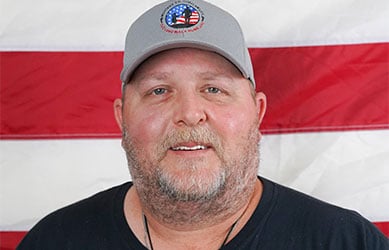 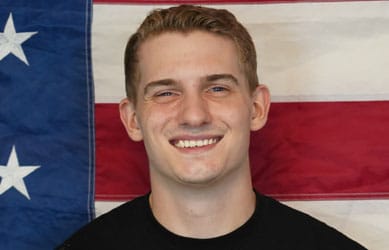 I was born in Greenfield, Massachusetts but mostly raised in Cumberland, Maine. I attended Swarthmore College where I earned my bachelors in Film & Media Production and directed several short films. My late grandfather served in the US Navy during the peak of World War II. Still to this day I am both horrified and fascinated by his war stories. I found out about The Long Walk Home through Craig, who’s been my friend since high school. In my spare time I enjoy photography, playing guitar, and cooking. 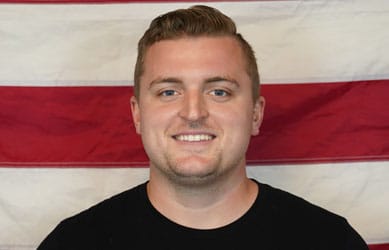 After I started a social media agency 5 years ago and dropping out of college, I worked with local and online businesses and built online communities around their brand. I met Ron Zaleski in an ice cream shop 6 months ago and we started talking about ideas on how we can turn The Long Walk Home into a national movement and a platform to help Veterans make their transition to civilian life. It’s an honor to apply my skills to help better serve Veterans while they make their transition to civilian life. My hobbies include; playing guitar, being a dog dad and working out.

I have volunteered for TLWH over 12 years. Now, I’m an employed team member since the organization has grown and transformed. My job entails administrative, bookkeeping, event planning, writing newsletters, Human Resources, making chocolate for the Farmer’s Market or wherever I’m needed. I’ve always enjoyed helping people, so working for an organization that assists veterans and their families to empower themselves is a great mission for me. I’m a mentor in our program called “10 Challenges to Service” that Ron created to assist vets and families transition from military to civilian life. I’m also a designer for my jewelry business established in 1999 called “Custom Tails Jewelry.” I enjoy the beach, scuba diving, bike riding, yoga and lifting weights. And especially love traveling and camping with my boyfriend Ron Zaleski. My mom, Ron and I live together with our kitten in Venice, FL I graduated in 1977 from East Detroit High in Michigan and went on to college for dental assisting. After a few years, I went back to school to become a Dental Laboratory Technician. I soon opened my own dental lab, making gold and porcelain crowns and running the business. After realizing that jewelry is made the same way that gold crowns were constructed, we began making dolphin tail jewelry which helped make the transition from dental to a jewelry company. My husband and I moved to Florida Keys where we grew the business. I was also a certified reflexologist and energy healer. My husband passed away in 2010 so I gave up my healing business to dive into the jewelry full time. I met Ron Z in Key Largo where we both lived. I was impressed with his organization and what he did. Our friendship began while I volunteered for the TLWH events he held. In 2015, I moved here to Venice to be near the beautiful beaches. 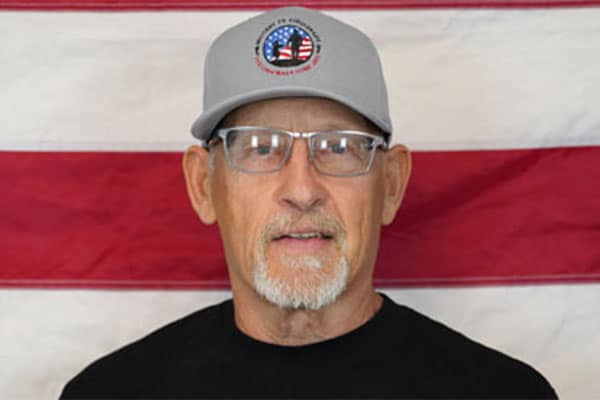 I’m the founder of THLW in 2006, USMC 1970-72. I owned and ran a gym and scuba shop in the Hamptons for 28 years. After 9/11 I realized if I did nothing I allowed others to go through what we did and have little to no guidance after getting discharged. This was unacceptable to me. I walked the AT barefoot in 2006-7 to create awareness then across the country barefoot in 2010-11 carrying a petition which I brought to Washington DC trying to get mandatory counseling for all military personnel prior to discharge. Then 2014-16 had a homeless shelter in the Keys and now we have a mentorship program 2020 that has been the most effective thing to help more people across the country. I’m involved in every aspect of the organization and spend most of my time doing events and mentoring. 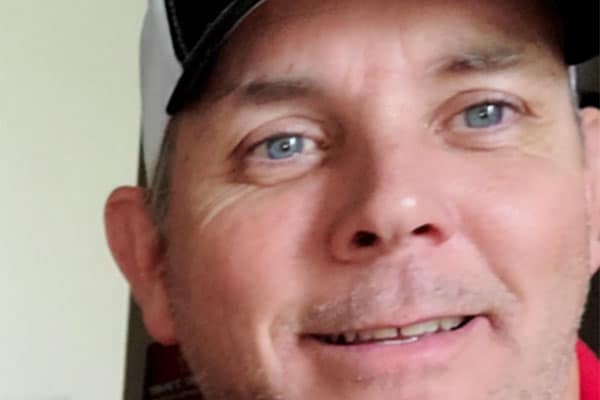 Sean is a Veteran of the United States Marine Corps, LCpl, from 1992-1996. He enjoys volunteering for TLWH because it gives him a direct way to give back to veterans who are not as fortunate as him. Sean has spent the last 20 years working in the electric utility industry. He has spent the majority of that time in the field as a Journeyman Substation Electrician. In this time he has worked 6 hurricanes and multiple large storms to ensure electric service for customers throughout Florida. Sean loves fishing and running with his dog Summer who just turned two. He also enjoys participating in mud-runs, BBQing, and his favorite sports are football and hockey. Sean established our Annual Independence Day Salute To Our Veteran’s BBQ which was free to all military in Islamorada, FL. 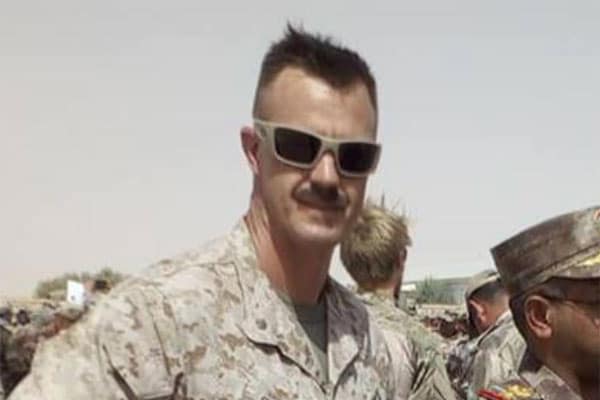 Duane C Stamm is originally from Lakeland, FL. After graduating with a degree in Criminology from Florida Southern College in 1999, he joined the Marine Corps. He was commissioned a Second Lieutenant in the United States Marine Corps on August 10th, 2001. He is a graduate of the Infantry Officer Course, Assault Amphibian Officer Course, and MAGTF Intelligence Officer Course. He has served overseas in Okinawa, Japan, and has combat tours in Iraq and Afghanistan, both in uniform and as a contractor. He started volunteering as a mentor for the 13th Judicial Circuit’s Veterans Treatment Court (VTC), located in downtown Tampa, in May 2016. He started fundraising by conducting his personal fundraiser for the Senior Mentor Fund by cycling 50 miles from Fort Desoto to Tarpon Springs. Through Facebook, he was able to raise $1,500. This was a start to what is now, two of his main passions: cycling and helping others. He met Ron Zaleski at a Project Welcome Home Troops retreat, in Boone, NC, and after deploying to Baghdad, Iraq, in 2018, he decided to start volunteering with The Long Walk Home Inc (TLWH). Helping to organize the first advertised cycling event for The Veteran’s Day Bike Ride, he helped TLWH raise over $2,000 from riders and another $5,000 from donations. This was a great start in building a veteran focused community and spreading mindfulness. Duane still serves as a Major in Marine Corps in Tampa, FL. He is married to Selena and they have a 9-year old daughter Brooklyn. They have two dogs, a Husky named Kirra and an American Bulldog named Parris. Duane enjoys studying Brazilian Ju Jitsu and Vinyasa Flow Yoga. He loves gardening with orchids, roses, hot peppers, and citrus, and you will often find him sharing some of his many seeds and propagations with neighbors, friends, and family. He runs regularly to push himself and his longest run yet is a 50K, which he hopes to start training for a 50-miler soon. Duane recently started planning bike rides across the width of Florida and completed his first cross-state ride on Jan 18th from West Palm Beach to Venice for a total of 189 miles. He is currently planning more routes and hopes to encourage others to find their own peace through mediation, yoga, cycling the open roads, helping others, and whatever it is they love. 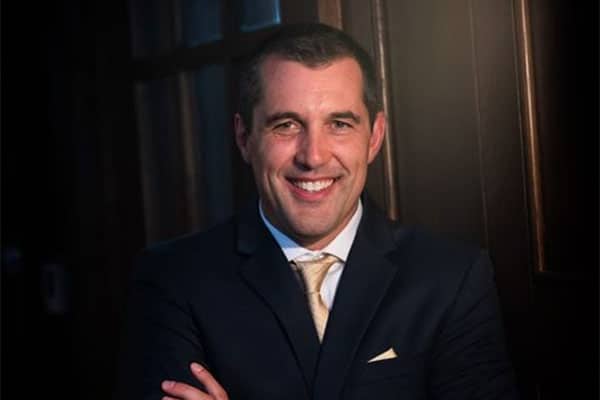 Zach has been a real estate broker, with Keller Williams, since 2009 and certified residential appraiser since 2005. In his career as an agent, Zach and his team have successfully closed hundreds of transactions. He has earned the respect of colleagues and clients for his integrity and the exceptional results he delivers. He holds CDPE, GREEN, ABR, and REALTOR designations in Colorado. Zach’s specialized appraisal background is what sets us apart and ensures your home will be priced right from the start. Zach enjoy’s snowboarding, rock climbing and snorkeling. He enjoys being part of the board on TLWH because it is an opportunity to give back to the veterans that have given so much for all of us. 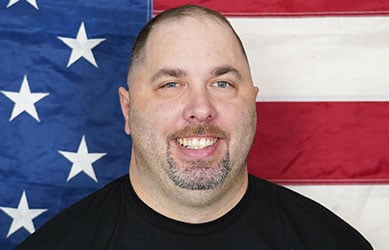 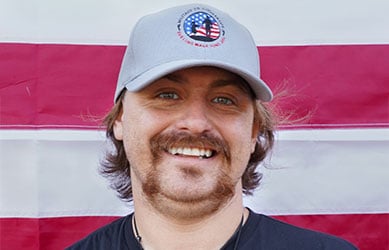 AJ has been a volunteer for The Long Walk Home for over 2 years! Bio coming soon.

Find awesome listings near you!

0
Login
Accessing this course requires a login. Please enter your credentials below!
Lost Your Password?